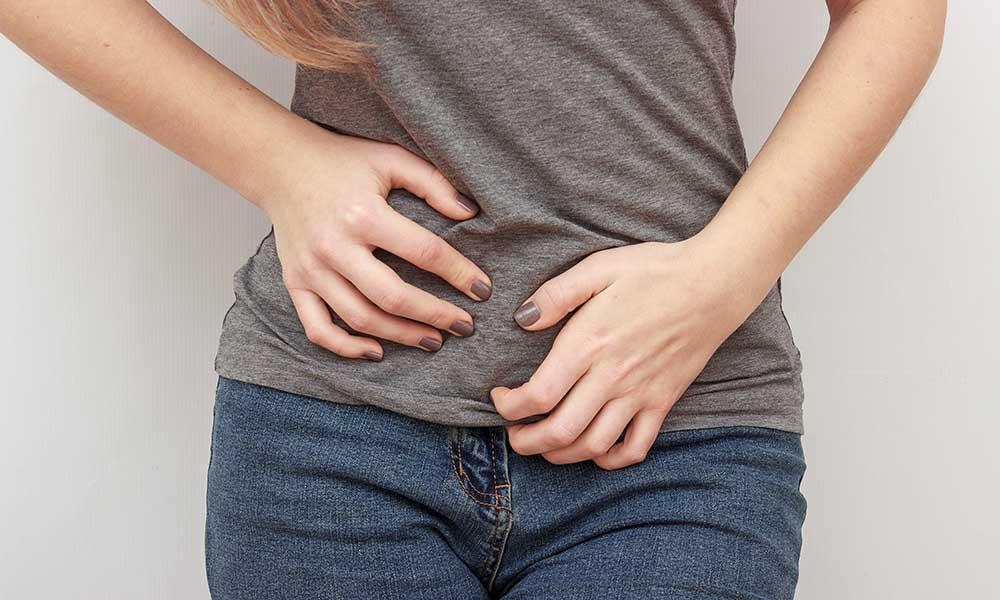 Urinary tract infections (UTIs) are extremely common and primarily affect women. About 1 in 10 women report at least one urinary tract infection to their doctor per year. In their life, more than half of all women will have a UTI and some have recurrent UTIs that are come back frequently and require constant intervention in order to prevent a UTI. Though they are usually only a minor annoyance, some UTIs can progress to a life threatening conditions including kidney infection or body-wide bacterial infection called ‘sepsis’. 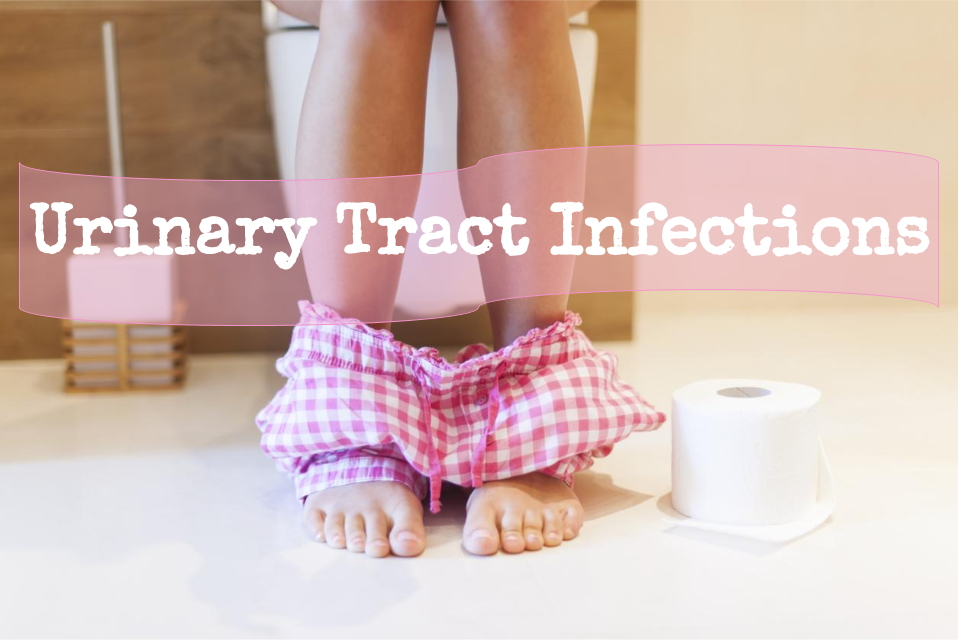 Because of the proximity of the female anatomy, women are very likely to have a UTI. Did you know that usually, the cause of a UTI is bacteria from your own rectum? Your urethra is as close to your anus as your thumb is to your pinky!​ Unfortunately after just one UTI, you are more likely to get another. This week we will cover this common female problem, how it’s treated, and what you can do at home to prevent them.

What is a UTI?

UTIs are one of the most common bacterial infections and of those affected, about 85% are women. A UTI is an infection of the urinary tract, the pathway the leads from your bladder to your urethra, or the bladder itself. If left untreated, a UTI can progress to a more serious infection of the kidneys and its associated tissues. Most commonly, UTIs are caused by the bacteria, E.coli, which is found in feces (poop). E. coli accounts for about 80% of UTIs.

Staphylococcus saprophyticus accounts for another 10-15% of UTIs. Other causes of UTIs, though uncommon, are Klebsiella, Pseudomonas, Proteus, Enterobacter, and a few others. These infections are more associated with specific risk factors including frequent catheterization, diabetes, and other conditions. ​​

Symptoms of a UTI are typically easy to recognize. The most notable symptoms include frequent urination, feeling as though you have to pee without much urine actually being present, and burning during urination. Other symptoms of a UTI include pelvic tenderness or more seriously, pain around in the back, near the kidneys. If you are experiencing fever, chills, nausea or vomiting, this is a sign of a serious UTI and must be treated as an emergency. Many women are able to tell they have a UTI before they even visit a doctor or have severe symptoms and can begin at home treatments.

Most urinary tract infections are caused by sexual intercourse and the bacteria typically comes from a woman’s own anus. All of a woman’s parts are spaced very close together, so it’s not very hard to imagine how the action of intercourse may push the tiny microorganisms toward the urethra.

Another common cause of UTIs is holding your urine or not completely emptying your bladder when you do urinate. This cause of UTIs is usually associated with urinary incontinence, a common problem for women as a result of childbirth that typically worsens at menopause. During childbirth, the tendons and ligaments supporting the bladder a weakened or are even torn. The muscles of the bladder may also be weaker at forcing urine out. When urine remains inside the bladder, it creates a perfect environment for bacteria to happily grow. ​

There are many other risk factors for UTIs, many of which are behavioral. Management of these risk factors can help prevent UTIs for many women.

Other risk factors include:

Recurrent UTIs are typically caused by E. coli and some women are more prone to recurrent UTIs for several reasons. One common reason is frequency of intercourse. This extra friction, especially if not lubricated well, will cause recurrent UTIs. If a UTI is not completely healed, the likelihood of another occurring is high. Menopause is another large reason for recurring UTIs. At menopause, women lose their vaginal Estrogen. This causes the vaginal walls and urethra to become more thin, decreasing the integrity of the tissue and increasing the risk for a UTI. This is the reason that menopause is a leading cause of recurrent UTIs in sexually active postmenopausal women. ​

Changes in the vaginal pH is thought to be another reason that increases a woman’s chances of a UTI. Some women may have a slightly different pH that creates a good environment for bacteria to grow. Other women may have basic anatomical differences that increase their chance of a recurrent infection. Women who have a shorter urethra or whose urethra is closer to their anus will be much more likely to have recurrent UTIs. Sometimes after a vaginal birth, the area between the vagina and anus is torn and not repaired properly. This improper repair shortens the distance of the vagina to the anus. Lastly, as mentioned above, women who have difficulty emptying their bladder completely are much more likely to have recurrent UTIs as this is usually a long-term problem.

Other less common reasons include greater adherence (stickiness) of bacteria to your tissues and changes in your body’s antibodies (proteins that help fight off infections). Women who have recurrent UTIs are urged to do their best to eliminate any risk factors in order to prevent any infections from occurring. ​

Since the most common cause of UTIs is bacteria from E. coli, there are many ways a woman can prevent a UTI from occurring. Wiping from front to back is one of the easiest ways to ensure you are not accidentally pushing any bacteria toward your urethra.

If the UTIs typically occur after sexual intercourse:

Though these behavioral methods are not strongly associated with a decrease in UTIs, any behavioral change that minimizes the possibility of E. coli moving toward the urethra may be a positive habit to reinforce.

If these are not enough to prevent recurrent UTIs occurring due to intercourse, a preventative antibiotic may be used right after sex, this is called Antibiotic Prophylaxis. This will get rid of any E. coli that may have already taken residence in your urinary tract. Antibiotic Prophylaxis should be used for 6 months and afterwards, you will be observed for any recurring UTIs. For those who still continue to have recurrent infection, Prophylaxis can be used for years. When women have a history of recurrent UTIs, and they become good at recognizing the symptoms of an infection, they may be prescribed an antibiotic in advance and instructed to use it as soon as symptoms appear. In order for this to occur, however, it is important to have an established and trusting relationship between you and your gynecologist or other physician. ​

If UTIs are related to difficulty voiding:

If you are still having difficulties, a doctor can help evaluate how much residual urine you have. This is done by taking a clean catheterized sample or through an ultrasound measurement. If the volume of urine is 50 milliliters or more, your doctor may try some alternative methods to help you clear your bladder more easily. The most extreme example of this would be surgery. For a woman with prolapsed bladder, a pessary may be placed. A pessary is a round, plastic object inserted into the vagina that lifts the bladder back into place and helps the bladder empty better. This option is for women who don’t want or can’t have corrective surgery. It is not, however, for women who wish to remain sexually active.

Cranberry is actually a proven and effective method to prevent UTIs. Consuming between 150 to 750 milliliters of cranberry juice is effective in preventing recurrent UTIs. Cranberry concentrate capsules are also available for this purpose, however not enough research has been done to officially recommend a good dosing amount. If you wish to try cranberry therapy at home, do so beginning with a low dose to see if that controls your symptoms. If not, increase, but always consult a doctor incase you are taking any other medications that may interact with cranberry.

Topical Estrogen is also an effective way to prevent UTIs in menopausal and postmenopausal women who experience vaginal dryness. Topical Estrogen helps return vaginal moisture and elasticity to the tissue, reducing friction in the area and increasing the thickness of the tissue. A vaginal Estrogen ring is another effective option to return vaginal moisture. Oral or other systemic estrogens are not as effective at preventing UTIs as the topical forms of Estrogen, as studies have shown.

If you visit a doctor for a UTI and you are diagnosed via culture or through examination of history and symptoms, you will likely be prescribed an antibiotic for the treatment of the UTI. Women will also be encouraged to practice preventative treatments and to watch for recurring symptoms. Courses of antibiotics will last three days. Previously, the recommendation was 7-10 days of antibiotics, however this is now considered excessive. Over prescription and usage of antibiotics can cause your body to become resistant to antibiotics. This becomes a problem when you have a more serious infection that needs antibiotics to heal, but your body will not respond to the antibiotics because you have become resistant. In other words, your body will ignore the antibiotic if it is given.

A UTI can become serious if it is ignored and not treated completely. If it does become complicated, the bacteria moves up your urethra and your bladder and towards the kidneys, important organs for your body’s function. Older women are less likely to exhibit or be bothered by symptoms of a UTI, therefore increasing their risk of developing a complicated infection. The most common symptom for older women to show is urinary incontinence. If you are or know an older woman who has urinary incontinence, it is important to manage and control this in order to prevent a dangerous infection. If you experience fever, chills, or tenderness around the kidneys, you should seek urgent medical attention.

Some bacteria may also be more likely to cause a complicated UTI, however these forms are rare and only account for about 10-15% of all UTIs. Another rare complication is when your body can send an existing infection to the UTI. This is typically discovered once the patient has already been admitted to the hospital, however, and is considered rare. ​

UTIs are a common bacterial infection that affect many women around the world and is usually caused by E. coli, the bacteria that lives in your own rectum. Thankfully, with lifestyle changes, UTIs can be prevented. There are several types of women who are at an increased risk of UTIs including urinary incontinence, menopause, frequent sexual activity, or anatomical differences. Cranberry is a good way for women to prevent UTIs, along with hygiene, urinating before and after sex, and methods to decrease friction. Symptoms of UTIs are easy to spot and with practice, you can begin to know your body and prevent UTIs yourself before medication is necessary. ​