This week, I want to take the time to clear up and explain a misconception women frequently have with a common operation, the hysterectomy. A hysterectomy is when a woman’s uterus is removed for medical reasons. These medical reasons include fibroids, endometriosis, adenomyosis, uterine prolapse, and more. Frequently, if a women must have a hysterectomy before she enters menopause, she has fears that the hysterectomy will force her into menopause and that generally, her body will change for the worst. Many women have fears that they will gain weight, loose their sexual desire, have hot flashes and night sweats, have painful intercourse, age and wrinkle overnight, and have their organs fall out. Thankfully, this, however, is not true, and this week we will explain why. 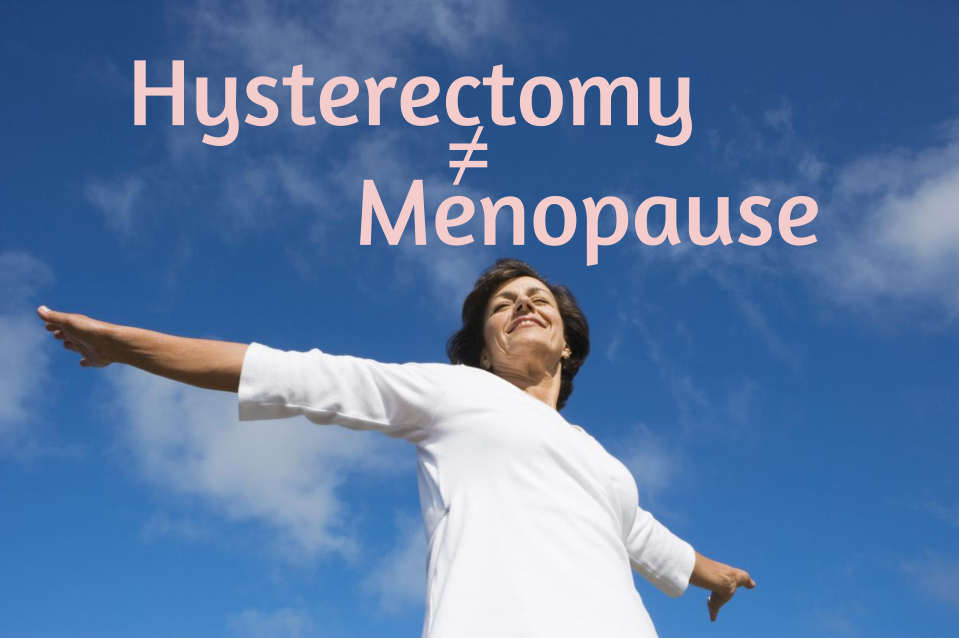 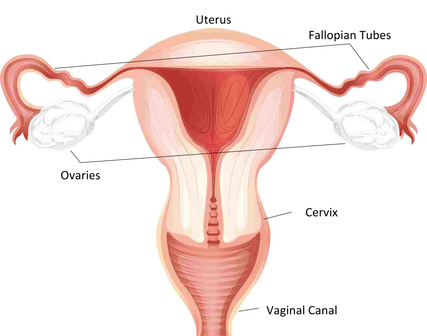 Uterus: the function of the uterus is to act as a miniature environment for a baby to grow in. It is also important in menses and once a month, the uterus sheds its lining, resulting in your period.

Fallopian Tubes: The function of the fallopian tube is to act as a passageway between the ovary and the uterus which your eggs or embryo use to travel. The fallopian tubes are the site of conception.

Ovaries: Your ovaries are the hormonal producers and are responsible for making Estrogen and Progesterone, the two most important hormones in your reproductive cycle. Ovaries are the site where eggs are stored, matured, and produced once a month for fertilization. This process occurs once a month beginning in puberty and ends once you’ve run out of eggs. At this stage, you enter menopause.

Vagina: The vagina is a canal filled with elastic, sensory tissue that allows the uterus to connect with the outside world. The penis enters the vagina during sexual intercourse and it is also where a baby passes through during the birthing process.

With this understanding of female anatomy, it should be easier to understand why a hysterectomy does not result in menopause.

When a women must have a hysterectomy for any medical reason, she has two options. The first option is called a laparoscopic hysterectomy, where three small incisions are made and a special camera is used to help remove the whole uterus. The second option is for a traditional hysterectomy under open surgery. One large incision is made and the whole uterus is removed. In my practice, I will always perform the laparoscopic hysterectomy preferentially due to the lower risk of infection, faster recovery time, and shorter time under anesthesia.

Now, when a woman has a hysterectomy, regardless of the type, her fallopian tubes are also removed. This is because the fallopian tubes have been identified as a leading cause of ovarian cancer. The fallopian tubes serve no purpose outside acting as the passageway between the ovaries and uterus. So, since they are a high risk part with no function once the uterus is removed, it is a good option for them to be removed as well.

The last structure that may be removed during a hysterectomy is the cervix. Often, it is recommended that the cervix be removed during a hysterectomy due to the risk of cervical cancer if it is left in place and the continued need for pap smears. Sometimes, however, the cervix is left in place because some believe that it plays a role in uterine support within the pelvis. Ultimately, you will be advised depending on your personal circumstances, however the final decision is up to you.

What is not included in the hysterectomy is removal of the ovaries. In other words, as long as the ovaries are healthy and in tact, they will be left in place as they are. The reason for this is because your ovaries are your hormonal producers. Removing them without cause would alter the function of your endocrine system and would put you into an early menopause. For most women who have not yet reached menopause, their ovaries are left in place. Reasons for removing the ovaries during surgery would be due to damage from endometriosis, large cysts, or any other unhealthy damage to the ovaries where leaving them in place would be a greater risk than removing them. ​

When a woman undergoes a hysterectomy, her uterus and potentially her fallopian tubes and cervix are removed, however, her ovaries are left in place as long as they are healthy. Because the ovaries alone produce the reproductive hormones for your body, by leaving them in place, a woman’s reproductive system will not be effective. Without the uterus, fallopian tubes, and cervix, the ovaries will continue to function normally as they are a separate entity. Thus, a hysterectomy does not equal early menopause.  ​

This week, we’ll discuss all about the different types of incontinence, their treatments, and what you can do at home to help prevent incontinence.