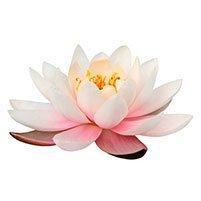 Contraception takes many forms. If you have questions about contraceptives, oral birth control, or procedures that can be used effectively to reduce your chances of a pregnancy, schedule an appointment with Dr. Renee Cotter. She offers advanced gynecological services to all of her patients living in the greater San Fernando Valley, including the residents of both Woodland Hills and Calabasas.

When you know both you and your partner are protected from infection, there are several further options to choose from that ease the burden of daily pharmaceuticals like Oral Contraceptive Pills.

It’s also important to understand that these methods of contraception do not protect from STDs and condoms are still the best way to protect yourself some Sexually Transmitted Infections such as Gonorrhea, Chlamydia, HPV, Herpes, HIV and much more.

IUDs
An IUD is a small, flexible T-shaped device that is placed into the cavity of the uterus through a simple, non-surgical, in-office procedure. The IUD placement takes a few minutes and can cause minimal discomfort, comparable to a menstrual cramp. One universal benefit of the IUD is that the effect is local and therefore doesn't come with the complications of a systemic hormone such as an oral birth control pill. They are also one of the most effective birth control methods: They prevent pregnancies with over 99% effectiveness.

There are currently two types of IUD: nonhormonal Copper IUDs and hormonal, non-estrogen Progestin IUD. Each IUD is different and comes with their own set of positives, negatives, and risks. There are now four different progestin IUDs on the market: Nexplanon, Depo-Provera, Kyleena and Lyletta. All are levonorgestrel IUDs lasting for 3-5 years.

Nexplanon
Nexplanon is a small, flexible Progestin hormone-releasing rod that is inserted just under the skin of the upper arm and lasts for three years. The rod is 4 cm long, is easy to insert during any regular gynecology visit, and has discomfort similar to a finger prick. Nexplanon is 99% effective at preventing pregnancy and is more effective than normal oral contraceptives or other short term birth control methods.

Depo-Provera*
Depo-provera is probably better known as "The Birth Control Shot." It is a synthetic progesterone shot that lasts for three months and may be administered more than once for periods of longer use, however it is not advised for use over two years. A side-effect of depo-provera is that it reduces the amount of calcium stored in your bones and therefore increases your risk for osteopenia and osteoporosis later in life.

What’s the difference between progestin and copper IUDs?

There are currently two types of progestin IUD on the market, the Skyla IUD and the Mirena IUD which are 3 and 5 year IUDs respectively. Both slowly release a small, local dose of progestin to the uterus. Skyla is typically used on women who have not yet given birth, while the Mirena IUD is larger and often used on women who have already had children.

The hormonal free option is the Paraguard IUD. It uses copper rather than estrogen or progestin to protect against pregnancy, so it is a good option for those who are concerned about or sensitive to hormones This IUD is good for 10 years and can be removed at any time with immediate return to fertility.

How do progestin and copper IUDs work?

Progestin IUDs release a low dose of local progestin to the uterus. This hormone thickens the cervical mucus, inhibiting sperm from reaching and fertilizing an egg. Progestin also thins the lining of the uterus, the endometrium, and is thus FDA-approved to treat heavy periods.

The Paraguard IUD has a thin copper wire wrapped around the step and arms that continually releases copper to the lining of the uterus. Copper IUDs work by interfering with the movement of the sperm, egg fertilization, and possibly implantation.

What are the benefits and downsides of progestin and copper IUDs?

Progestin have several advantages, such as:

Copper IUDs, on the other hand, have the following benefits:

Both, however, have downsides. Though risks are very low, they are important to note and understand.

With Progestin IUDs, spotting is common for six weeks and up to six months. It also entails a slight increase in vaginal discharge and mucus, along with the possibility of getting temporary acne for the first three months of use. Copper IUDs also have some drawbacks, including heavier periods, suffering from more menstrual cramps, an increased risk of anemia, and spotting for three months or longer. They also shouldn’t be used by women who have a copper allergy.

Other risks associated with both include:

How does Nexplanon work?

The Nexplanon birth control implant steadily releases Etonogestrel, a type of Progestin, to the body and prevents ovulation from occurring, thickens the cervical mucus, and inhibits sperm movement. Its benefits and risks are very similar to the Progestin IUD.

What are the benefits and drawbacks of Nexplanon?

For one thing, Nexplanon is 99% effective at preventing pregnancy and is more effective than normal oral contraceptives or other short term birth control methods. Its other benefits include:

However, there are some downsides to Nexplanon. Though risks are very low, they are important to note and understand. These include irregular menstrual cycles, incurring scarring from the incision that’s made for insertion and removal, along with temporary acne. It also carries the risk of ectopic pregnancy, along with local infection at the insertion or removal site.

How does depo-provera work?

Depo-provera is an intramuscular birth control injection administered to the buttocks or upper arm and is used to prevent pregnancy for three months. The shot consists of a synthetic form of progesterone called Medroxyprogesterone and works by preventing ovulation, thickening the cervical mucus, and thinning the lining of the uterus. It is highly effective at preventing pregnancy and often stops menstrual periods all together. Because it thins the lining of the uterus, it may also be used to help with endometriosis.

What are the benefits and risks of depo-provera?

However, it also has some possible drawbacks. Though risks are very low, they are important to note and understand:

*not technically considered a long-acting reversible birth control and though it protects against pregnancy for three months, long term is proven to be harmful to the bones and should never be used for more than two years.