Renee Cotter, MD Blog Zika: What You Need to Know

This week, I want to give an overview of the Zika virus that has been so popular in the media. For those currently pregnant or planning to become pregnant, this new virus can be quite frightening. As with all topics in health, despite the fear associated with them, knowledge is power. ​ 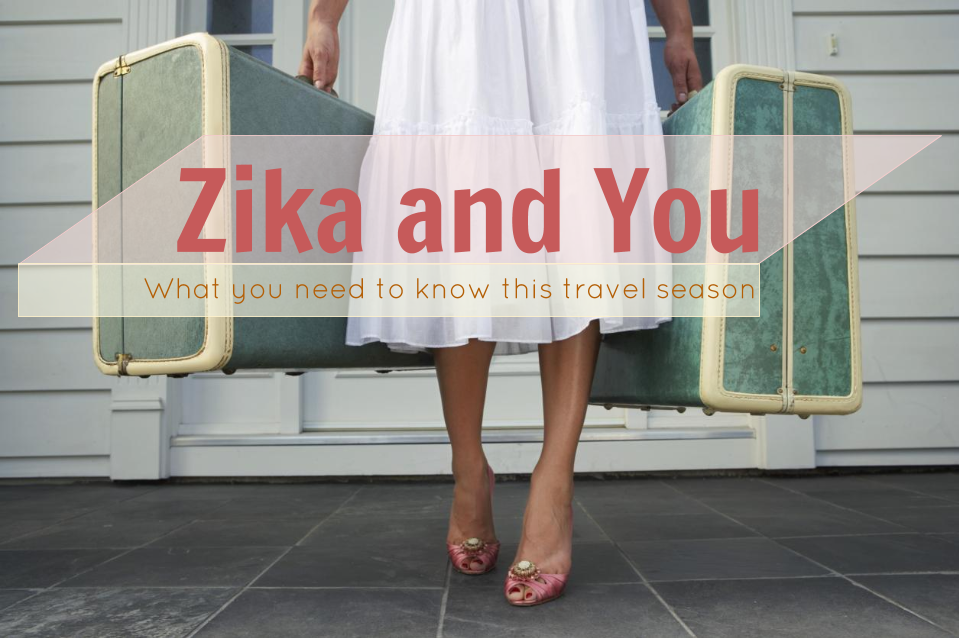 Hopefully, by providing you all with the most up to date information we have about the virus, we can help to prevent its negative effects and equip you with the tools you need to feel safe and in control. ​

The Zika virus is a virus that emerged in 2015 in South America when suddenly a large amount of infants were being born with severe birth defects. Though it’s only recently become widely spread, Zika was first discovered in 1947 in Uganda’s Zika Forest, after which the virus was named. Until recently, there had only been a handful of reported Zika cases. Then, in February of this year, the virus was declared a Public Health Emergency of International Concern and is currently being treated by the CDC at the highest response level.

Currently, much is still unknown about the Zika virus, Zika Virus Disease, and its effects on the fetus during pregnancy. More research is being done, but much more evidence needs to be gathered still. ​

The Disease and Symptoms

Zika causes Zika Virus Disease, a short-term disease that causes symptoms so mild, they often go unnoticed and many never realize they have the disease. Symptoms of Zika infection are rash, fever, red eyes, and joint paint. Less common symptoms are muscle ache and headache.  It’s important to understand, however, that showing symptoms of Zika is very uncommon and many will never show symptoms. Only 1 in 5 infected individuals will show the symptoms above.

The Zika virus infection is very mild and not targeted to harm you, but rather your offspring. Therefore, it is rare for someone infected with Zika to become sick enough to visit the hospital and very rare to die from the infection.

Zika and Your Baby

There is an increasing body of evidence proving that Zika, though of little-to-no consequence to you, is a threat to your fetus. Recently, enough scientific evidence has been gathered to confirm that the Zika virus is a cause of brain defects including microcephaly. The virus is also associated with other fetal abnormalities including eye defects, hearing loss, and impaired growth. Miscarriage, pregnancy loss, and stillbirth are also all possibilities of a Zika virus infection.

If you are confirmed with a Zika virus infection, it is not absolutely certain that your baby will be born with birth defects. A recent study in Brazil found that 29% of fetuses from mothers infected with Zika virus were born with abnormalities. Another study found that just 1% of babies born to Zika infected mothers would have microcephaly. Clearly, much more research is needed to understand the virus and its effects on the fetus.

If you are infected, it takes 3 to 4 days for symptoms to show up, if they do show up. Both men and women can be infected by the Zika virus. Currently, it’s unknown if pregnant women are at a greater risk for Zika virus infection however we do know that pregnant women are generally more susceptible to infections.

If you have been infected once by Zika, you will likely be protected from infections by the virus in the future.

The virus is spread by Aedes aegypti mosquitoes which are carrying the virus (not all mosquitoes have the virus, just this species and the ones who have been infected).

Zika can also be sexually transmitted from an infected man to a woman during intercourse through exposure to semen. Experts are still unsure about how efficient this mode of infection is and more research needs to be done.

There is a likely possibility, though researchers are still not positive, that Zika virus may be transmitted during blood transfusions. This has not been confirmed, but is assumed due to its viral type/class.

Lastly, the Zika virus is transmitted from mother to fetus during pregnancy or near the time of birth. ​

In the most recent Zika outbreak in 2015, Zika began in Brazil, in South America. Zika will continue to spread, but it is difficult to determine where the virus will spread and how. If you are a frequent traveler and are planning pregnancy, it is important to keep yourself updated on the current travel notices and information regarding the virus and its spread.

Currently in the US, only travel associated cases have been reported, which means that no local mosquitos have yet been known to carry and infect people within the United States. As of now, there have been 591 reported cases of Zika in the United States, all associated with travel. New York, Florida, California, and Texas have had the highest number of cases with 127, 121, 44, and 36 cases respectively.

For now, there is no need to be over fearful of the virus within the states or to go through protective measures here at home, yet with the recent spread of the disease, and increase in travel related cases is likely and the start of locally spread virus is possible in the future.

Because there is no vaccine against the virus, steps must be taken to prevent the virus’ infection.

It is important to take precautions against mosquito bites if traveling in a Zika infected area. Aedes aegypti mosquitoes are active day and night, so to protect yourself from Zika transmission, precautions should be taken at all times.

There are several good ways to prevent mosquito bites. Use EPA-approved mosquito repellents with DEET according to the label and treat clothes with permethrin. Women should know that these repellents are safe to use during pregnancy when directions on the label are followed. Sleep with a mosquito net and in enclosed, air-conditioned areas. Cover exposed skin is possible.

If your partner has been infected or has recently traveled to a location with a Zika outbreak, women who are pregnant or planning to become pregnant should use condoms or abstain from intercourse. There is currently not enough information about the sexual transmission of Zika, however it is known that it is possible and likely from semen contact. If a man is diagnosed with Zika, The American College of Obstetrics and Gynecologists has determined that it is safe to resume sexual intercourse six months after symptoms of the virus first appear.

It is important to understand, however, that not all those infected with the virus are diagnosed since only 20% of those infected exhibit symptoms and the symptoms shown are likely to be mild or unnoticeable. Therefore, if your partner has traveled to a Zika infected location within the last 6 months, it’s important to consider protection. ​

It is difficult to detect and diagnose Zika, solely for the reason that 80% of people never show symptoms of the virus and of the 20% who do, the symptoms are often so mild that they go unnoticed. Therefore, most people with the virus will never realize that they are infected.

If you do exhibit the symptoms of Zika virus (rash, fever, joint pain, eye redness) and you have recently traveled to an area where Zika is found, contact your doctor for testing. A blood test will be able to determine if you have the virus or not. Your doctor will most likely also check for other viruses such as Dengue and Chikungunya since they have similar symptoms.

If you are currently living in an area where Zika is found, testing for the virus should begin at your first visit, and late into your second trimester to check for the virus. If you are showing symptoms of the virus, you should be tested straight away.

It’s important here to note that a negative blood test for the Zika virus does not rule out the possibility for an infection.

Checking on the Baby

Since much is still not known about the virus, recommendations for checking on the baby are still not clear and are a work in progress. For now, the recommendations below are from the American College of Obstetrics and Gynecologists.

If a first ultrasound comes back okay, it is still recommended that ultrasounds be performed as frequently as every 3 to 4 weeks to check for fetal abnormalities since an initial good ultrasound does not guarantee that a fetus will not develop abnormalities later.

If an ultrasound indicates that the baby may have abnormalities, testing of amniotic fluid may be recommended.

Though the Zika virus is still largely elusive and unknown, with the knowledge we have gathered over the past year of outbreak, we can make several important recommendations.

Since the severity and outbreak of the virus is still new, and as of yet no vaccine or treatment exists, prevention is the most important factor in this virus, especially as it pertains to pregnant women or women who wish to become pregnant soon. Symptoms are mild or not present altogether, so it’s important to be aware of Zika infected areas when traveling. If you do decide to travel to an area where the virus is found, it’s important to take all the necessary precautions to prevent mosquito bites and to take care when sexually active.

As the year progresses, I am confident that much more will be learned about this virus and I hope that more will be done to reduce its spread and transmission.

This week, we’ll discuss all about the different types of incontinence, their treatments, and what you can do at home to help prevent incontinence.