Stigma and Misconceptions about STI Testing 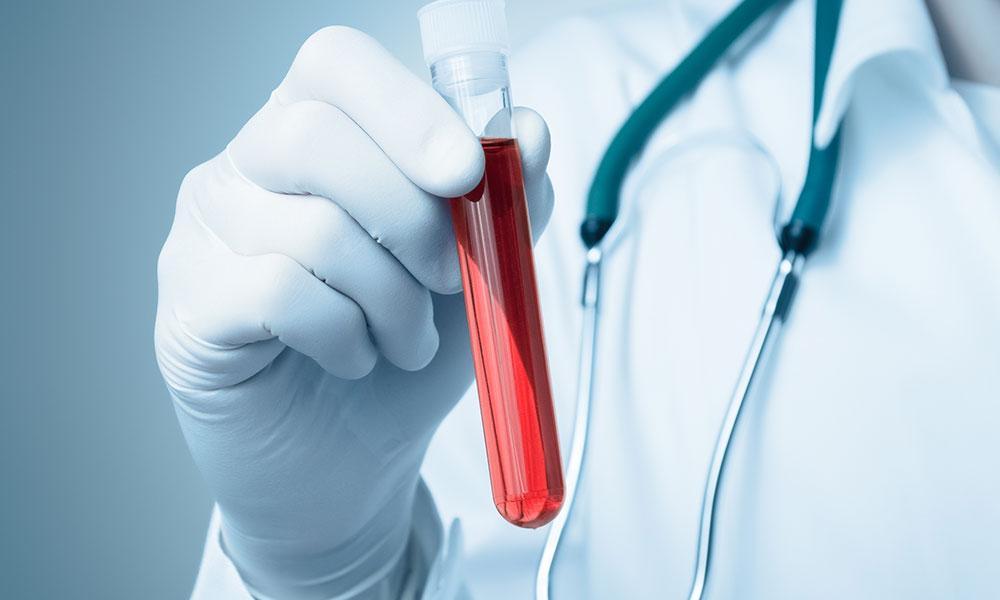 Being screened for sexually transmitted infections (STIs) can be confusing. For many, the situation goes like this: you go into a testing center, declare whether or not you are exhibiting symptoms, pee in a cup, and then are told that you will be notified if anything comes back positive. If you don’t receive a call, you’re “clean”, as many might phrase it. All of this puts forward the assumption that you have been screened for all STIs and are at no risk of transmitting anything to a partner and that no partner has transmitted anything to you. The problem with this scenario is that if you are screened for STIs at a sexual health center such as Planned Parenthood, you are most likely only being screened for 3 of the 30 existing STIs, gonorrhea, chlamydia, and HIV. 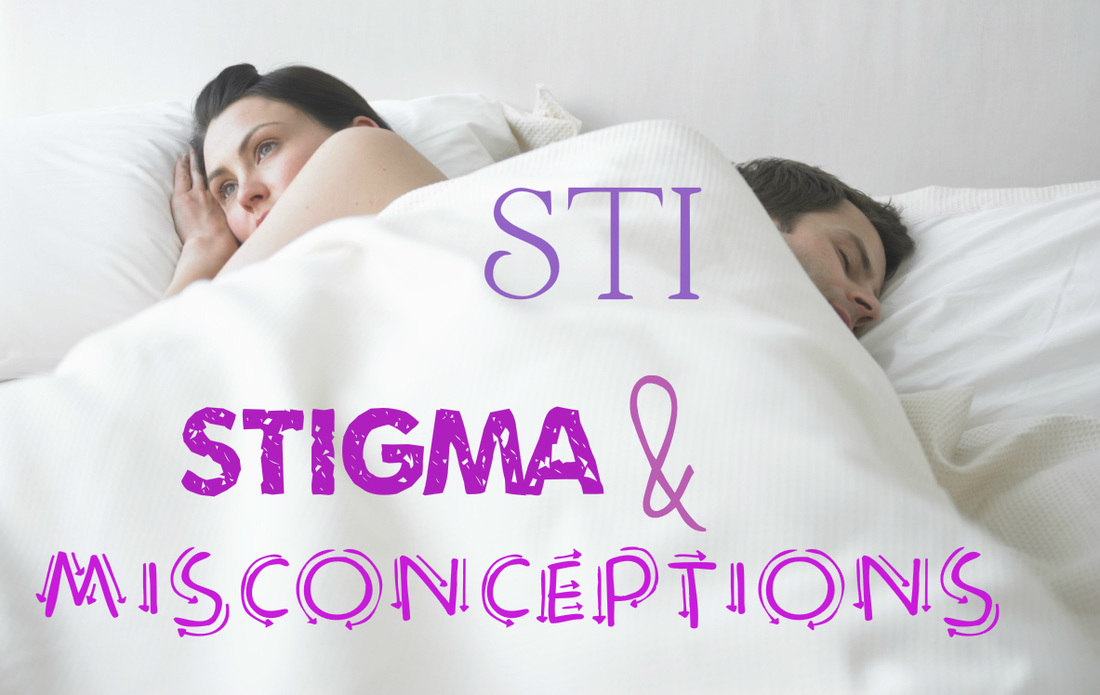 Now why is this common practice when many STIs do not have any symptoms at all? 80% of women and 40% of men showed zero symptoms of chlamydia infection at diagnosis. Hepatitis B and C also typically don’t exhibit symptoms until decades and decades after infection and at that point, become quickly life threatening. Furthermore STI screenings have a problematic cycle of stigma that gets in the way of patients seeking and receiving tests, especially comprehensive tests. Unfortunately, there is an implied dirtiness associated with STIs, so many feel as though they are not at risk because they are not dirty; they are good people. The University of North Carolina says it wonderfully,

"The microbes that cause sexually transmitted diseases are equal opportunity bugs. They don’t care if you are white or black, rich or poor, educated or illiterate, happy or sad. If you’re a warm body, you’ll do. STD germs settle in an estimated [20] million Americans each year. Worldwide, they find [365] million new hosts a year.”

The truth is that catching an STIs is normal. They can be just as common as catching the flu, yet misconceptions and stigma surrounding STI screening and STIs themselves can seriously hinder STI prevention. This week we aim to correct some of the misconceptions surrounding STI screenings and hope to alleviate some of the stigma that prevents regular testing.

Standard practice for STI screenings at a clinic - and even at your doctor’s office - only account for 10% of the 30 possible transmittable infections. Thus, many people are unaware that they have not been tested for 90% of existing infections. A study in 2013 showed that 40% of women believe that STD screening included screening for all STDs. The truth is that you usually must visit a doctor and ask for a comprehensive screening test. Some doctors may offer, depending on the history you provide. This is a problem considering that most STIs are asymptomatic, or do not cause any physical symptoms. Actually, the reason why the term “sexually transmitted disease” was dropped for “sexually transmitted infection” is because there is often a lack of symptoms necessary for the description of disease. Furthermore, the words disease and infection have negative connotations feelings such as shame, fear, and distress. If you were to think about someone who were sick, you would not judge them nor would they feel any shame for having a cold. On the contrary, a person with an STI might feel extreme shame and guilt.

"Many people are unaware that they have not been tested for 90% of existing infections...[and] most STIs are asymptomatic, or do not cause any physical symptoms."

As Common as the Flu

Flu outbreaks infect at least 350 million people annually, while 365 million people are infected with an STI annually. Yet, while your neighbor can blatantly say that they are recovering from the flu, it would be strange for you to announce that you are recovering from Chlamydia. The reason for this is the assumption that to be infected with Chlamydia, or any STI for that matter, you would have to be a promiscuous, careless person; someone who behaves in such a way that may cause them to “deserve” to be infected. But, one in two sexually active people will contract an STI before age 25. That’s half of all sexually active people!

"One in two sexually active people will contract an STI before age 25."

STIs do not predict the kindness, success, strength, intelligence, or morality of a person. STIs can not distinguish these traits. I’m sure no one would say that one in two people have a lifestyle deserving of an STI. Still, the CDC reports that 89% of girls believe that they are at little to no risk of getting an STI. This number is shocking considering the fact that if someone doesn’t believe they are at risk, they are very unlikely to use condoms, get themselves tested or accept testing when it is offered by their doctor.

Stigma is defined by the Oxford Dictionary as “a mark of disgrace associated with a particular circumstance, quality, or person”. This damaging stigma contributes to negative personal feelings, even when one is not infected. Many studies have shown that STIs are associated with serious feelings of shame which would cause personal distress. Even the thought of contracting Genital Herpes was enough to spur suicidal thoughts in some, despite the fact that Oral Herpes (cold sores) affect a staggering 80% of adults.

Though this is important to understand, even more damaging is the effect of the stigma itself on disclosure, screening, and care for STIs. One study in 2002 showed that girls were 68% less likely to tell a doctor or nurse about past sexual history due to stigma. The same study also showed stigma was related to a 71% decrease in girls seeking STI related care. Another study in 2009 showed that stigma caused a 50% decrease in the probability of someone getting tested for STIs. All of these increase the possibility of spreading infections.

The misconception surrounding STI screening is also a serious problem since without a complete knowledge of their status, people are unwittingly able to pass on an infection. Two out of three women believe that they are automatically screened for chlamydia each year, while in reality, only 30-45% are screened. Many other women also believe that a visual inspection alone is enough to screen for Gonorrhea, Chlamydia, and Herpes. While some STIs are showing declining rates, others are on the rise including Syphilis, Herpes, HPV, and more. Some experts estimate that by 2025, 40% of adults will have Genital Herpes. The misconception that all STIs are tested for may be contributing to a rise in infection rates. 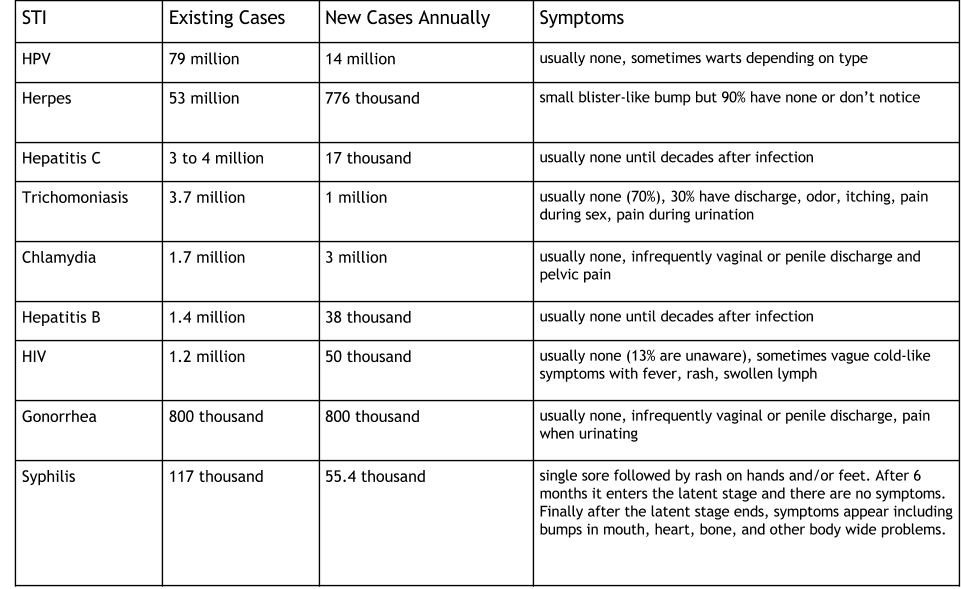 In addition to the more well known infections above, there are other STIs such as:

You should consider a more comprehensive STI screen if you:

Basic STI screenings do not test for all STIs and only test for 3 of 30 possible infections. The majority of STIs cause no symptoms and many are unaware they are carrying an STI. To get a more comprehensive STI screening, you should be sure to ask your doctor.

Because of the stigma associated with STIs, many people are under the false impression that you must be a “dirty” person to have one. In truth, 50% of all people will contract at least one STI in their life. STIs affect everyone from all racial, social, political, economical, and moral backgrounds. STI stigma also prevents people from getting tested, disclosing information about sexual history, and seeking care for STIs.

Misconceptions regarding STIs also make it difficult for people to be fully tested. Pap smears do not test for STIs and less than 30% of physicians routinely screen for any STIs. Many women also believe that a visual inspection by their doctor is a reliable method of STI diagnosis, even though it is not. Even though most girls don’t believe they are at risk, 25% will still become infected with an STI. This is something that needs serious attention.

The Bottom Line is that it is important that we all do our best to reduce the stigma and misconceptions associated with STIs and their screening. Getting tested is the first step in fully knowing your risk and, most importantly, being either treated or monitored.